This project develops front-end AC/DC Boost Converter for Air-conditioning systems. The main objective of this work is to explore front-end converters with PFC to meet harmonic standards, while still maintaining low cost and high power density. A systematic method for enhancing power density of the three-phase front-end interleaved boost converter (IBC) is designed by compromising the size of boost inductors and dc capacitors. It is found that the circulating current between rectifiers gives a negative impact on the low-order harmonics of the input current. The origin of this low-frequency distortion is first analyzed in detail and the average input current model is developed. Then, a method to alleviate its effect is proposed by using the single dc-rail current for average input current estimation and control without sacrificing the system power density. 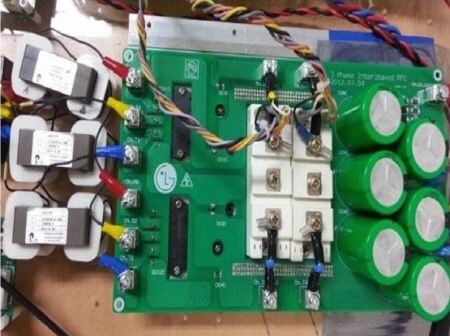 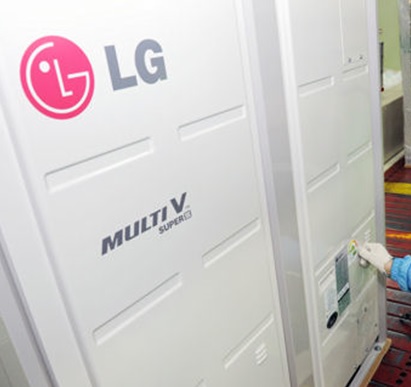